RunNB's Celebration of Running and Walking 2016 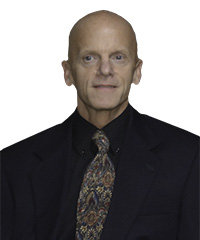 Another great year of Road Racing in NB

RunNB started these Hall of Fame and Awards banquets back in 2009 in Moncton with 101 runners in attendance. Here are the numbers:

Again, thanks to Sylvio, we  travelled to Tracadie for our 8th celebration in our northern community on Nov 19, 2016.

View photos from our weekend in Tracadie.

Click link to view photos of the Top 3 winners of each category. 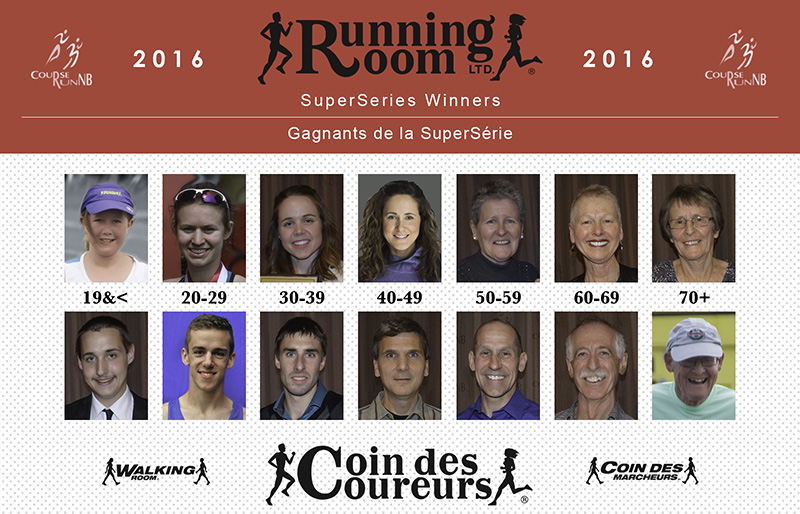 Event of the Year

Male Runner of the Year

Greg won the Super Series this year with an outstanding point total of 1160, by far the highest amongst all categories and the only one over 1000 points.

He has been consistently at the top of the results, finishing top three in every race he ran this year.

He may not be the fastest in the province but is always in the mix to win.

Female Runner of the Year

Has raced 12 Super Series races and come first in her age group every time. She won the 5km Provincial Championship in Lameque by over 2 minutes and was the first female in 10 of the 11 other races in which she competed.

RunNB is proud to name Sacha Hourihan as 2016 Female Runner of the Year.

Up and Coming Female Runner of the Year

She raced a total of 26 races and captured three provincial championship titles (Gold in the marathon, Bronze in the 5 mile, and Bronze in the half marathon). Gold ranked race times in every distance raced.

RunNB is pleased to recognize Corinne as the 2016 Up and Coming Female Runner of the Year.

Up and Coming Male Runner of the Year

Jean-Christophe has taken part in 12 Super Series races, a rarity in the 19 and under age group. More impressively, he has come first in his category in all but one of them! He has silver ranking times in each distance up to and including the half marathon.

He is very keen to improve his times and that is why he attends the races, to put himself up against the best.

Marc ran 21 Super Series races this year, finishing top five in the majority of them. He placed second in the Super Series M30-39 category with an impressive 889 points, the second highest amongst all categories.

RunNB is pleased to recognize Marc's wonderful year of running with the 2016 Personal Achievement Award.

Inspirational Person of the Year

Joy embodies the spirit of running. She’s a staple in the running community, always with a smile and kind words of encouragement. She’s ran a ton of races this year and never gives up. She has been nominated so many times for this award, that itself should tell you something about her. She has raced 17 Super Series events this year.

She serves as an inspiration to all athletes, proving that you don’t need to be fast to compete, and that you can be happy with just the act of running itself.

RunNB is proud to recognize Joy Durdan as 2016 Inspirational Person of the Year for her determination and good nature.

Walker of the Year

Due to being a brittle type 1 diabetic, diagnosed at age of 12, Kevin experienced kidney failure and received his first kidney transplant in 1995. He was 31 years old. This was donated by his older brother. In 1999, Kevin had a pancreas transplant hoping to eradicate the need for insulin. It worked for 2 years and then sadly failed. So he had to go back on insulin. In 2011, Kevin had to have a liver transplant donated by someone who thankfully signed their donor card and in 2013 he had to receive another kidney transplant. This was donated by his younger brother. At one point he was legally blind, learning braille and walking with the white cane but after many laser surgeries, vitreous surgery and the first kidney transplant, he regained his sight back.

Kevin is very thankful for the organ donations and determined to keep as t as possible in their honor. This one of his motivations for walking. It is also a way of spreading the word about organ donation and the value of carrying a donation card. He does much walking around the Saint John area and was the first male in this years Lorneville Loop 13 km walk.

RunNB is proud to recognize your dedication and achievements with this Walker of the Year Award for 2015.

Education Award - Each year RunNB awards $250 to four runners who take part in our races through the year.  The runners must be in grade 12 or going to college or university.

Run For The Cycle - Ryan O'Shea and Paula Keating are the champions of Run For The Cycle for 2016!  Ryan completed the 5k, 8k, 10k, half marathon and full marathon in a combined time of 5:18:28, nearly six minutes ahead of his nearest rival, Daniel Leblanc, who clocked 5:24:07.  Evan Arsenault finished third in 5:28:09.  Paula Keating won the women’s Cycle with a time of 5:55:08, 27 minutes in front of Marcie Holland’s 6:22:02.  Corinne Fournier was third in 6:35:53.  Congratulations to all who accomplished the very tough goal of completing the Run For The Cycle! 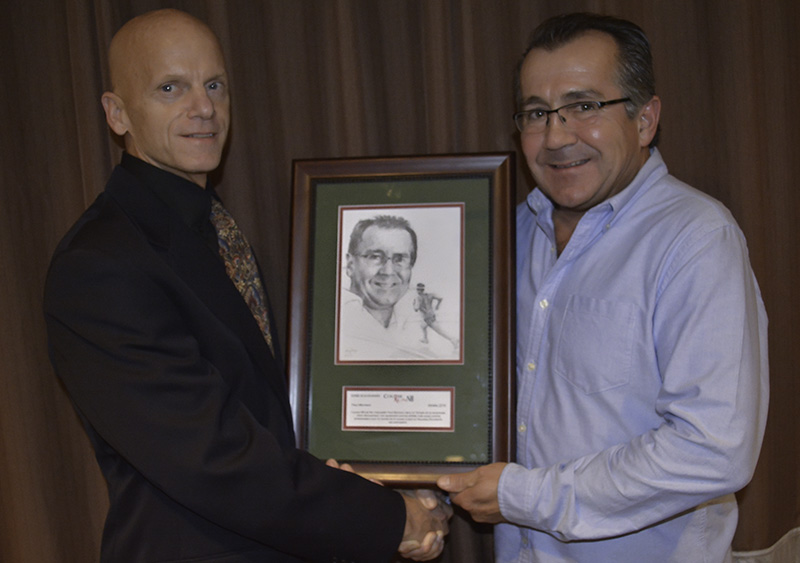 Paul is the 12th child in a family of 13, a native of Beresford. In the early 80s, he started his own family in the region of Petit-Rocher and had two children, and Véronique and Mathieu. Paul worked at the Brunswick mine from the 80s up to its closure in 2012. Since then he is working at Raglan in Nunavik where he was transferred to another mine within the same company (Glencore).

During his youth, Paul was the only one of his family who played sports. He practiced baseball and hockey. In his twenties, he began practicing endurance sports. He participated in fifteen crossings of the Bay of Chaleur in the rowers Festival of Petit-Rocher from 1980 to 1995. He only achieved a victory in 1991. Paul and his team have always been a very competitive team. Following these crossings, Paul participated behind the scenes to organize the crossing as a volunteer for some years. At this time, Paul questioned himself to know what sport he could practice in which he alone would be responsible for his workouts and performance.

In 1989, he began running with Mario Boudreau, his rowing teammate, friend and colleague. A sport to which they quickly got hooked. At first, running did not have the same level of popularity than it has today, Paul took advantage of advice from people such as Henri Fournier and thereafter he met Junior Bourque who was present as a friend and '' coach '' throughout his racing career.

For over 10 years, Paul was active in the organization of 10 km Chaleur either by recruiting volunteers, solliciting  prizes for the event with companies, contact the elite runners from other regions; basically in organizing the logistics of the event with a team of people involved who were able to grow the popularity of this race and come year after year looking for new people for the sport.

The investment, discipline and passion that Paul was dedicating to running had a positive influence in his surroundings and we could even see at some point his whole family to indulge in this sport.

During his career, Paul participated in many races of 10km, half-marathon and marathon across New Brunswick, Canada and the US until 1998. He unfortunately suffered an injury in 1997 that slowed his pace and drive and forced him to stop competing.

Here are the most significant races of his career:

RunNB is pleased to welcome Paul as the 17h member of our honoured Hall of Fame. [Introduction was presented by Robert Jackson] 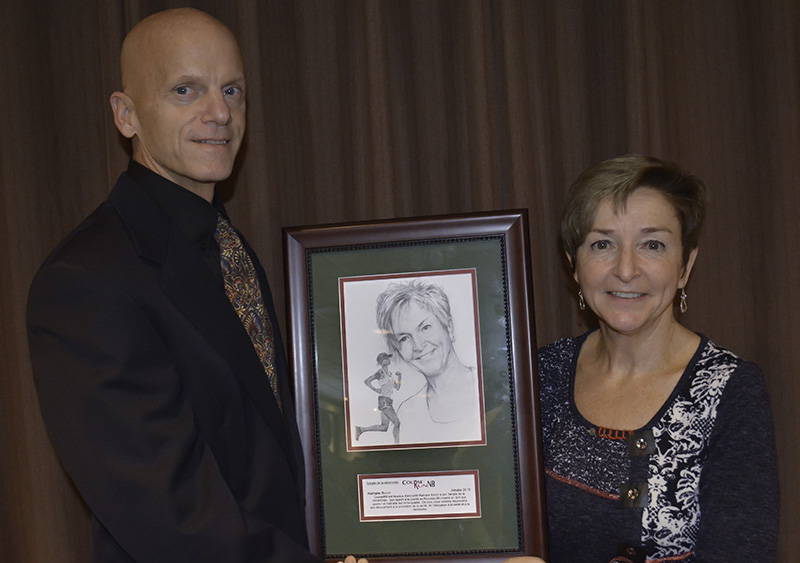 Nathalie Boivin has always been fascinated by health care. As a child, she would indulge reading books on nutrition and active living. When the time came to choose a career, she knew it had to touch health care. Unfortunately, studying in the  eld of health care often means studying diseases.

It is only in her third and last year of her studies for her Degree in nursing that she saw the light and discovered community health care, health care promotion, educating people in health care and research. It is then that she realized that she wanted to work and help people in their quest for better health, more autonomy and control over their lives.

«Advocating for health care is important to me; it is at the center of my job and my daily living. At work, I put in place a few initia- tives aimed at bringing people to be more active together and to have fun doing it, » she declared. Thus in 2 000, the initiative, On pompe de l’air ... frais!!!, was put in place in collaboration with students of the Degree in nursing program at UMCS-Bathurst.

Upon her arrival in Bathurst, she joined the Club de Coureurs Chaleur Running Club in order to share the pleasure of running with new friends. She wrote several presentations on nutrition and hydration for runners which are posted on the Club’s website.

Nathalie ran her  rst marathon in 2000. She has run 19 since, 5 of which were Ironman races. She quali ed for the Boston Marathon several times but only made there twice. Her best marathon time is 3:42.

She became a well known  gure at the enduring Demi-marathon de l’Acadie where she discovered a group of friendly runners in it for the fun of running and surpassing their own capabilities. Her best time at this event is 1:34. In 2012, she received a commemorative plaque for having run the race 50 times.

In 2003, she discovered the triathlon challenge. She fell in love with it. Since then, she has completed several triathlons, includ- ing the sprint, Olympic, half ironman, EPIC and Ironman distances. From 2010 to 2015, she completed 5 Ironman competitions and 1 EPIC race. Her best time of 11 hours 4 minutes for an Ironman was registered in Montreal, in 2010. Furthermore, she has always been a participant at the Chaleur Triathlon and numerous times at the Two Mile Swim in Tracadie.

«I love being active. I love participating in activities organized by the community.
I love to work at developing the full potential in people by playing an active role in their health care and their well-being, » she added. In 2012, she received the honor of being Personality of the Year Acadie-Nouvelle Radio-Canada, mainly for her communi- ty involvement in health care and well-being. In 2014, she was awarded the title Étoile communautaire pour la Région Chaleur/ ChaleurCommunity Star.

Nathalie Boivin wishes to always have within her this passion for health through active and wholesome living.

RunNB is pleased to welcome Nathalie as the 18th member to our honoured Hall of Fame.

Click here to view photos from the 2016 Awards Banquet.