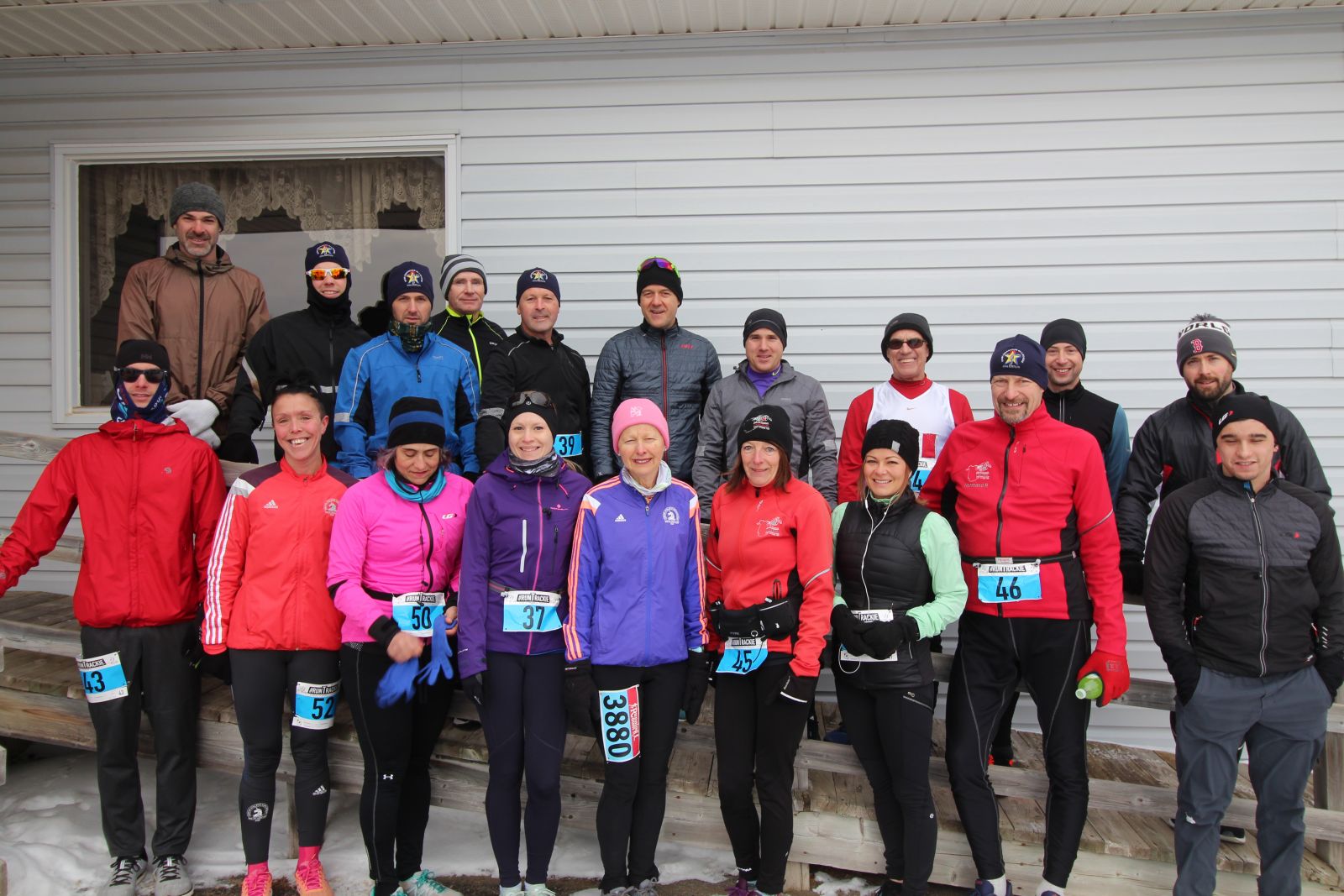 Jonathan Legault of Dieppe managed to beat the one who won the race last January, Michel Leblanc, also of Dieppe, crossing the finish line ahead of him by less than a minute, thus finishing his race in 1: 26: 34 . Leblanc finished in 1: 27: 02 to earn the silver. The bronze was won by a newcomer to the DMA, Sébastien Lanteigne of Caraquet, who finished with a time of 1: 33: 33.

Mother Nature spoiled us on February 2, 2020 with a temperature of -3C, light wind under a gray sky. Twenty-one runners, including five women, took part in the 388th edition.

The draw for a free pass offered by the Acadie Half Marathon for a race in the next 12 months went to Paulette Roy of Beresford.

Race director Donald Wade has announced that the October 2020 DMA will be a NB Race Super Series race as well as a provincial championship. A children's race, coordinated by Denise Savage, will also be scheduled. He also encouraged runners to get the Run NB membership card given the privileges and financial benefits offered. All details are explained on the Run NB website.

For those who want to start early for the next races in 2020, all you have to do is communicate your intention to the race director. It's a pleasure to see you again !

Part of a Running Club in NB? Let Us Know Which One!