The Miramichi River Runners celebrated their 700th race on Sunday, July 19, 2020, by returning to the road for face to face racing.

The club was forced to have six races go Virtual because of the Covid-19 Virus from March to July. However, the province in its Yellow stage gave permission for road racing with a number of restrictions.

The 700-anniversary run had a duel purpose, those who wished to run against their fellow runners and those who wanted to run Virtual. Well, it worked with 35 runners running on the Miramichi going head to head and 35 runners taking part virtually. That's 70 runners, the biggest number of participants in 2020. 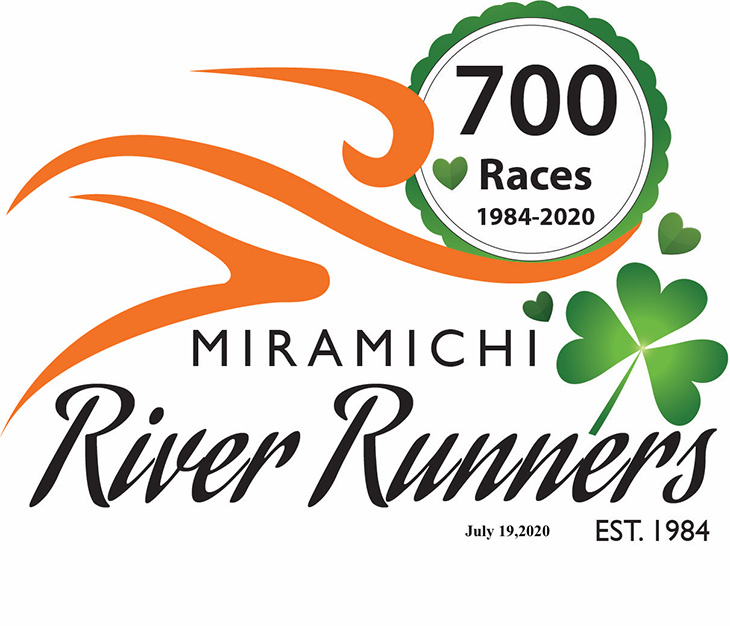 The next two races in August, the Raymond Caissie Mile on August 9 and the MRR mile on August 16 will both go Virtual. Moving into September the club has six races remaining, it is planned to have all six runs go actual on the road and Virtual, continuing with the two in one race.

Race Director Brian Richard said, "with the tremendous success of the July race on the road and Virtual we decided to continue with both. Our out of town runners have said they love the connection to the Miramichi, most of them living long distances from home. These races help them stay connected".

September 13th, 5km will be held at the Linden Recreation Centre as in the past.

Dr. Paula Keating displayed her running domination not only in the female category but against the men as well as she won the race in 18:07. This would have been a New Brunswick in the 50-59 age group had the course been certified. Keating already owns the NB record of 18:31 which she set four years ago at the age of 50.

"I was so happy to race in person today, especially for the Irish Fest race, as it holds a special place in my heart. I ran in honour of my mom today, as she used to come to watch & cheer that race each year when she was alive and was an integral part of the Irish Fest and the Keating Family", said Paula after the race.

Sylvain Arseneau from Petit-Rocher took second place overall, 6 seconds behind Keating in 18:13. Arseneau in 2019 was crowned Runner of the Year by RunNB at their annual banquet in Beresford in November. He is also the reining Runner of the Year for the MRR for the past 8 years.

Third spot and the only other runner to break the 19-minute plateau was Owen Cook from Miramichi running in the under 19 division. His time of 18:26 under the sweltering heat of the day was quite an accomplishment.

Second place in the female group was 13 years old Emilie Doucette from Rogersville who covered the 3.1-mile route from the Lord Beaverbrook area in Chatham out to retirement village and back with a time of 21:08.

She was followed by Kelly O'Toole from Whitneyville with a time of 23:45. O'Toole competes in the 40-49 age group and has seen tremendous success in 2020.

Brad McLellan from Bathurst won the Virtual race in 17:54 which was the best time of the day. Luc Doucette from Montreal was second in 19:49 while Jacob Picard from Tracadie was third in 19:08. Picard was competing in the under 19 age category.

Helene Hill from St-Isidore also in the under 19 group won the female class at 21:52. Madelyn MacKinnon from Miramichi another youth runner was second in 22:04 while Joceline Young from Sackville took third in 22:33.