Many events happen in one’s life over a 6-year period. Family emergencies, medical procedures, a surgical biopsy and dealing with grief are some of the hurdles Diane Trites had to deal with while maintaining a daily run streak. With careful planning, determination, creativity and support from family and friends, she was able to log approximately 13,500km since November 30, 2014.

Diane’s adventure in this running challenge started when she read in Runner’s World’s December 2014 edition about RED, Run Every Day. Having been a runner for only a few months prior, she was curious about runners online chatting about this annual challenge. It seemed like it would be fun but also manageable. As the end of the year approached, a co-worker, Todd Power, scoffed and said that anyone could run every day for a month and he challenged her to run every day in 2015. Challenge accepted, they both ran every day in 2015 and goaded each other to keep going. Todd eventually had to quit because of injury. 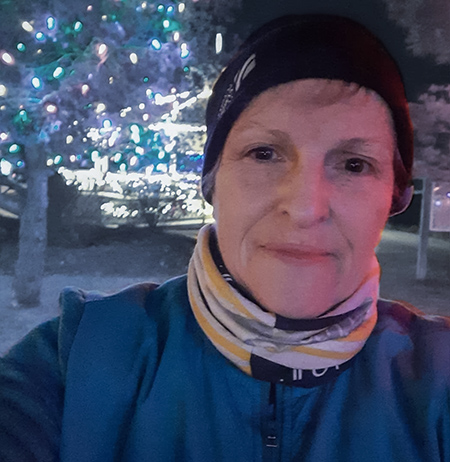 Diane added: " It wasn’t as much fun streaking alone but I couldn’t think of a good reason to quit, so I kept going". Her social media friends and other streakers kept her accountable.

Aside from the mental challenge and a few minor ailments, she didn't face many hurdles in the first year of her running streak. She occasionally found it difficult to fit a quick run into a busy day but she eventually learned to manage her time better. Diane does all of her running outdoors. Sometimes, it was hard to convince herself to get out there when the weather was extremely crappy. As time went and in the face of even more difficult challenges, she admits that she may have ended the streak had it not been for the significant amount of time she had already invested into it.

Diane loves running at midnight. According to her, midnight running is a common run streak strategy and if executed properly can allow you almost 48 hours of rest. Her schedule didn’t allow her to do it often but she finds it magical to run while the world is sound asleep. However, most of her runs happened in the afternoon or evening because of her schedule. Her longest distance happened in 2017, when she ran 50 km in the Fundy Circuit.

Her physiotherapist recommended a strength training routine in order to prevent injury. "Too late, I have learned that it is easier to prevent injury than it is to recover from injury", she said. She consults her PT when injured before it gets worse. She once ran with a broken toe and recently recovered from Achilles Tendinitis and Plantar Fasciitis, which required a lot of additional exercises. "Fortunately I was able to continue running one easy mile every day for a couple of months while recovering", she added.

Before the Pandemic, Diane attended gym regularly for cardio but she has since turned to walking, hiking and snow shoeing as cross training. Running every day is a great opportunity to experience the changing of the seasons. "When it is extremely hot or cold, you need to plan ahead. Dress and hydrate appropriately", she said. 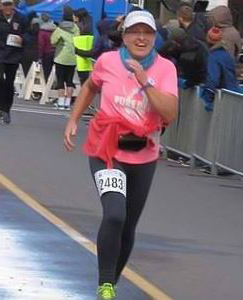 Not being a fan of virtual races, she registered for virtual distance events, such as Run Across Nova Scotia and currently working on Run the Year 2021 miles in 2021. She records all her running on Strava. "If it didn’t happen on Strava, it didn’t happen. I also post frequently on Twitter and Instagram", she said. 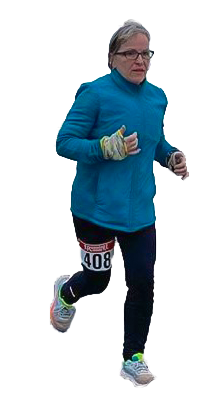 Only a handful of her running friends were supportive at first. Initially most of her running friends told her that she couldn’t run every day because her body needed rest days and that she would injure herself. "Because of that feedback I didn’t share my journey with them until I reached Day 500. At that point they couldn’t argue with success", she added. Although she is self motivated, Diane appreciated the support of social media friends and connecting with individuals who have experienced similar challenges and successes.

Running every day has become part of her daily routine. Many people describe her as ‘amazing’ or ‘incredible’ but it is just something that she does. "If I had a good reason to stop, I would. In my experience, the rewards outweigh the risks" she said. Diane is registered with the exclusive group Streak Runners International.

Her advices to those considering a streak are the following:

Her motto: "Embrace every day. One day I will not be able to do this. Today is not that day", she added.

Diane Trites lives in Riverview with her husband Stephen. She is a member of the Riverview Running Idiots.